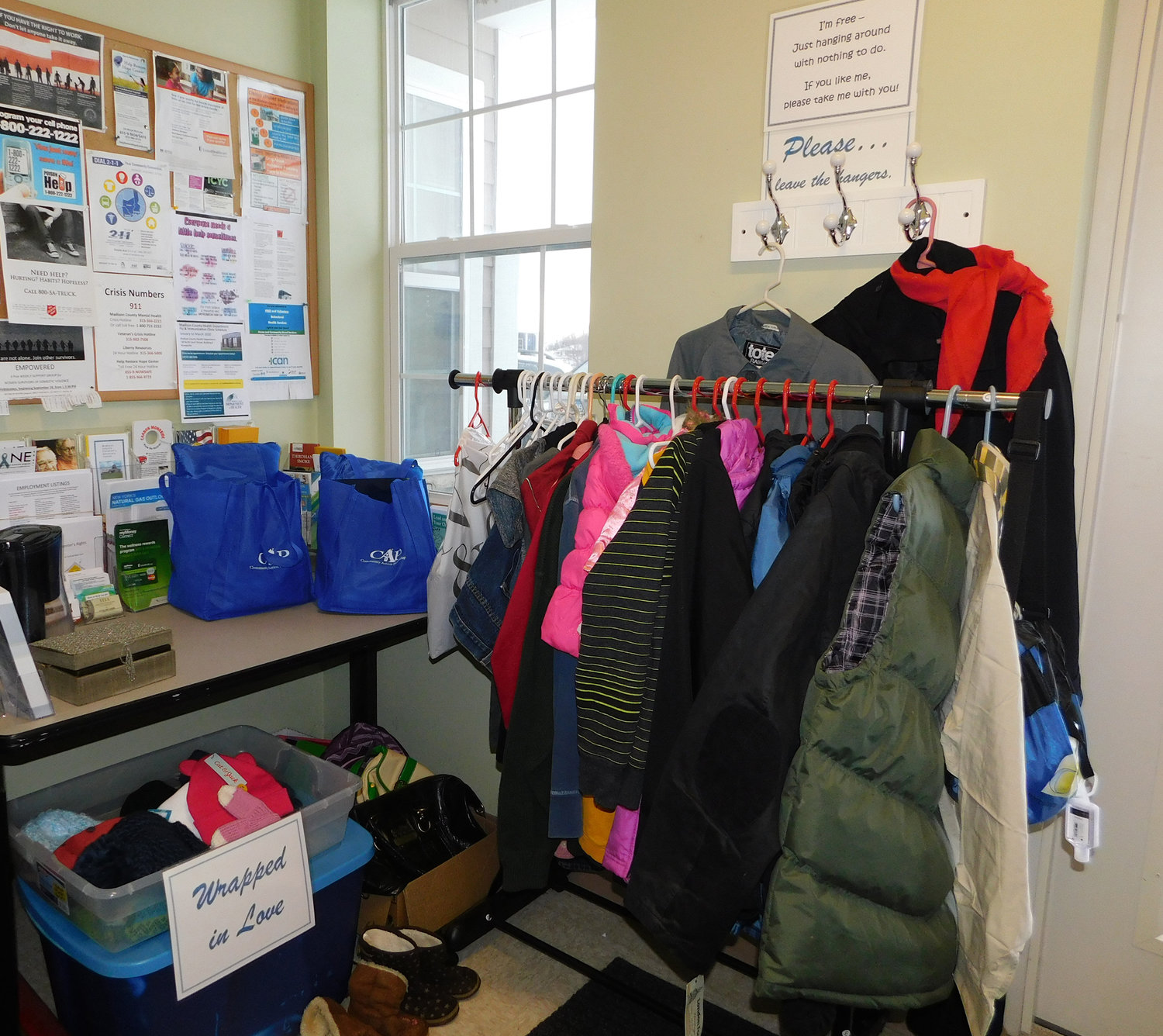 CANASTOTA — No one should be left out in the cold and with so many homeless in Madison County and New York state, the Community Action Partnership is doing all they can and more.

“This year, we have every library in Madison County and Church on the Rock in Oneida as a warming site,” said CAP Housing Coordinator Sandra Bain. “Right now, you can go in there during normal business during code blue and say you’re cold and hungry and the people there can assist them with resources.”

Through an executive order signed by Gov. Andrew Cuomo a few years ago, counties across the state have to make sure anyone in need of assistance has shelter when cold weather hits, from freezing temperatures and wind chill to ice storms, freezing rain and more.

Any place designated as a warming site will have a sign outside their front and back doors with a blue lightbulb, letting everyone know they can get help should they get caught in cold weather. “Anybody in need of shelter during code blue will be provided shelter,” Bain said.

She added that there are a lot of parameters surrounding official code blue declaration, but DSS Commissioner Michael Fitzgerald “…has said that we’re not going to mess around with that. If you need shelter during code blue, we will get you shelter.”

One of the things the CAP offers is a go-bag, filled with almost anything someone could need to help them during the winter months.

“They’re filled with things like flashlights, first aid equipment, blankets, pads of paper and pens, hygiene products and more,” Bain said. “We send them to all the warming sites and the Madison County Jail. We even get requests from other agencies, asking for the bags.”

Bain said the CAP checks in with warming sites every Friday and ensures they have everything they need. “We’ll go to warming sites and make sure they have stuff like go-bags, hot chocolate, cups, granola bars, ramen, napkins, stirrers and more,” she said. “If a warming site needs anything, we take it right to them.”

Bain said the CAP has partnered with the Madison County Department of Social Services to help connect people who are homeless to DSS services.

“Unfortunately this year, our housing program is full to
capacity,” Bain said. “Right now, the only thing we can do to help people who are homeless is to direct people to the DSS for shelter.”

The homeless numbers are going up every year and the CAP is working hard to keep up, Bain said.

“Our homeless programs are filled to capacity at all times, but we’re working with the DSS and other agencies to combat what we can,” Bain said. “Housing is a basic right and necessity. First you have to treat housing, then you treat everything else. The mental health issues, the substance abuse issues and more because without a stable place to stay, everything else is secondary.”

New this year, Bain said CAP has established information centers and resource sites at places like Oneida Health’s emergency room, Office of the Aging and Karing Kitchen that has go-bags and resources to help direct people to the DSS.

Another program that’s been going strong at the CAP is the “Wrapped in Love” campaign. The CAP hangs warm weather gear like hats and scarves up in public places for people to take should they need them.

“We’ve been doing this for around five years now and we put them up and they’re down in a week,” Bain said. “We got a beautiful card just this week, anonymously, thanking us for what we’re doing.”

More hats, gloves, and scarves will be going up soon because of just how great the need is. While CAP members were hanging up items in Higginbotham Park, three people came by and got them, Bain said.

But while the need is great, the community is doing its best to support the CAP and their endeavors.

“The community has really embraced the Wrapped in Love campaign,” Bain said. “We’ve gotten over 300 items donated to us from the Canastota Library’s knitters group. I was blown away.”

On top of this, the Pot Luck Thrift Shop in Canastota has been donating coats to the CAP. “That’s priceless,” Bain said.

Even local residents are helping in big ways, Bain said. A family in the area recently lost their grandmother right before Christmas. But before she died, she asked her family to buy warm weather gear and donate them in her name.

A walk-in “closet” has been put together in the entryway of the CAP, complete with all the warm weather gear a person could need. Bain said she’s going to keep in stocked all-year-round for whoever needs it.

Those who want to donate new or gently-used weather gear can either stop by the CAP in Canastota on 1001 Market Dr. or call Bain at 315-697-3588 and dial extension 14 for more information.

“Everyone’s embraced this campaign and it’s how we keep this going,” Bain said.